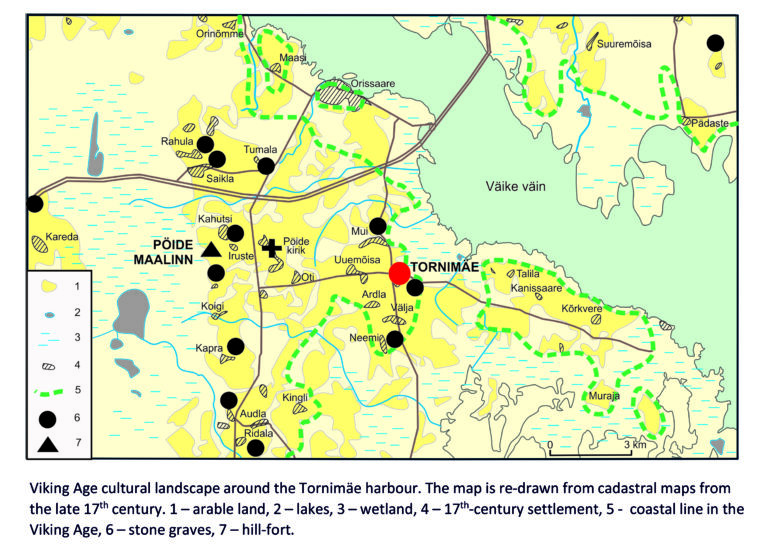 Harbour sites from Viking Age Estonia have been archaeologically investigated mostly on the island of Saaremaa and excavated more thoroughly in four places – at Tornimäe, at Viltina, at Pällamõisa by the bay of Sutu, and most lately at Mullutu.

The harbour of Tornimäe (Est. Tower Hill; on historical maps also Linnamägi, Town Hill)) was located at a strategically well-chosen place, from where the Suur Strait (between present-day islands Saaremaa and Muhu) and the strait between the main island (former Kuresaar) and Kõrkvere (present peninsula) could be well observed. It was a suitable landing site for Viking Age vessels and from there, one could easily control the traffic along the water routes from Gotland to the Gulf of Finland. Although Tornimäe can be considered connected with the Eastern Way, Austrvegr, its finds are mostly local or originate from the nearest regions, thus not indicating wide-scale international trade.

The Tornimäe harbour was abandoned around the year 1000, which may be caused by the crises in the Viking Age eastern trade, or may also be prompted by the land-mass elevation. The posterior harbour was located several hundred meters closer to the sea than the original Viking Age one. In medieval times, the most important tax collection centre of East Saaremaa, known as Uuemõisa, was founded near Tornimägi.

In the early 19th century, local peasants reported wooden palisade remains along the slope of the Tornimäe hill. The site was first excavated in the 1960s. Due to the fact that exact maps with contour lines were unavailable during the Soviet time, the excavation leader, archaeologist Aita Kustin interpreted the site as an ordinary Viking Age settlement, without realizing its location on one-time coast.

In the beginning of the 2000s, Marika Mägi carried out additional excavations on Tornimäe. The excavation cut remains of a log house and some scattered fireplaces. Probable hearths were already discovered during the excavations of Kustin. However, not a single building with an oven, characteristic of Estonian prehistoric settlements, has been recorded in Tornimäe so far. It may be that there were none since the site was only in seasonal use, and during the summer months when the sea was navigable, there was no need for heating. When the sea wasn’t sailable anymore, inhabitants left the harbour site as well. 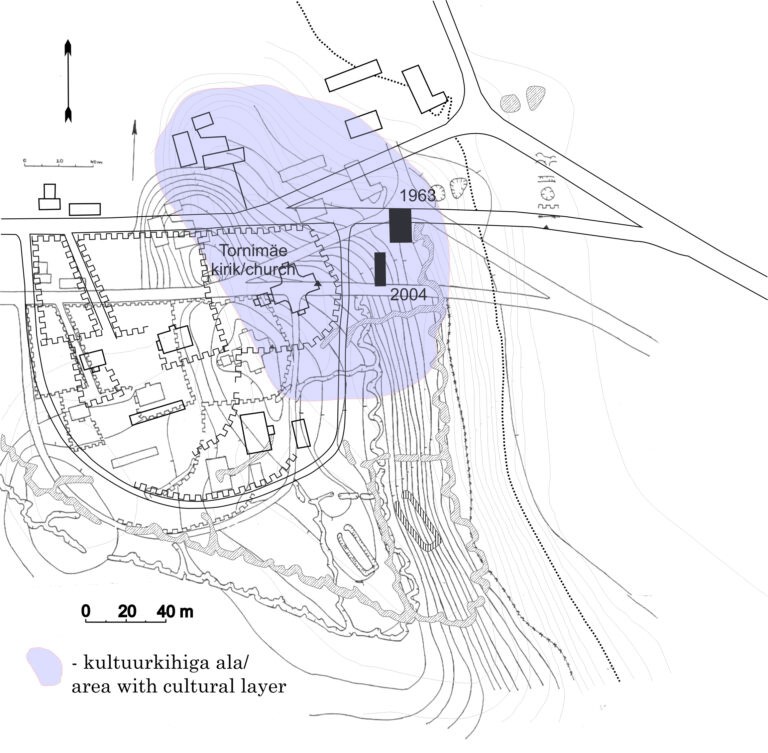 The cultural layer of the Tornimäe site was intense, even though later farming had heavily impacted it. Potsherds were the most abundant finds, but also numerous metal artifacts like jewelry, weapons, and tools came to light. Additionally, boat rivets and possible bead-making items, as well as some tools denoting other handicrafts were found. A great number of bones of domesticated animals and fish were recorded, suggesting that the site also functioned as a fishing harbour. Items demonstrating foreign relations consisted only of some foreign potsherds and ornaments.

The material found at Tornimäe is remarkably similar to the finds on the Pöide hillfort that is located 7 km away from it. 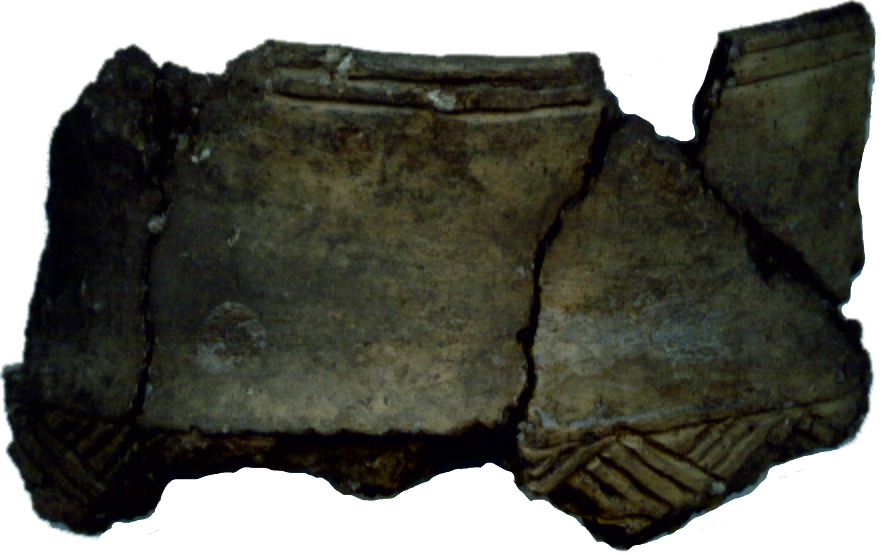 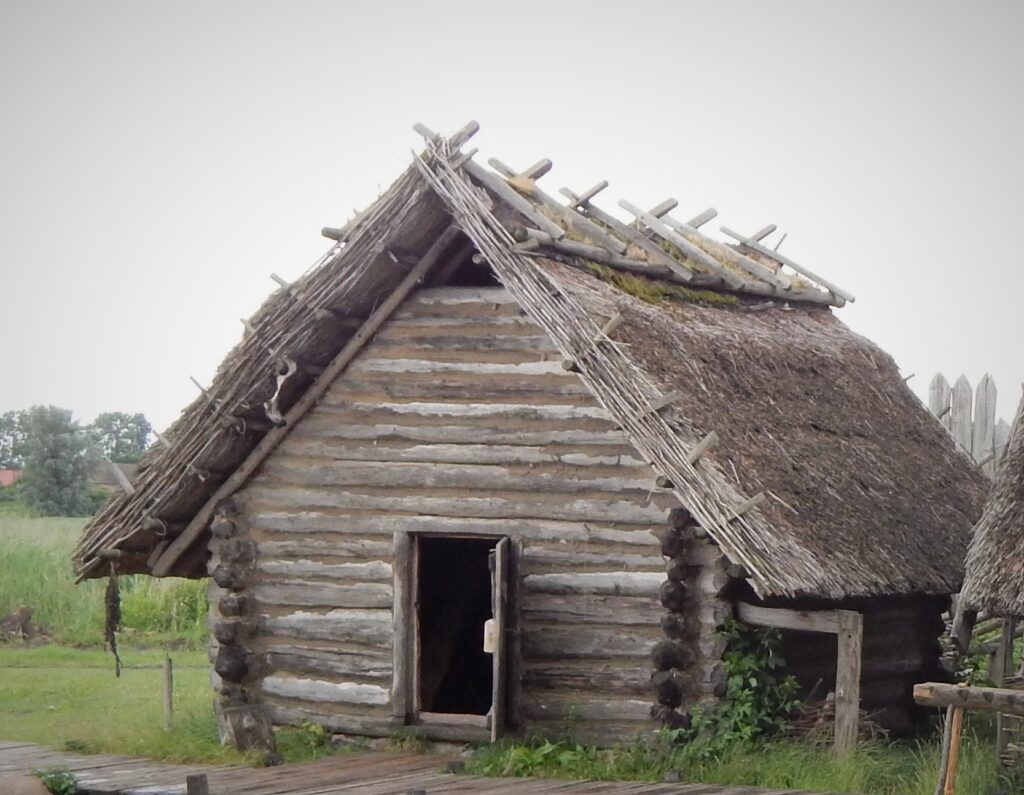 THE BODY OF RESEARCH OF TORNIMÄE