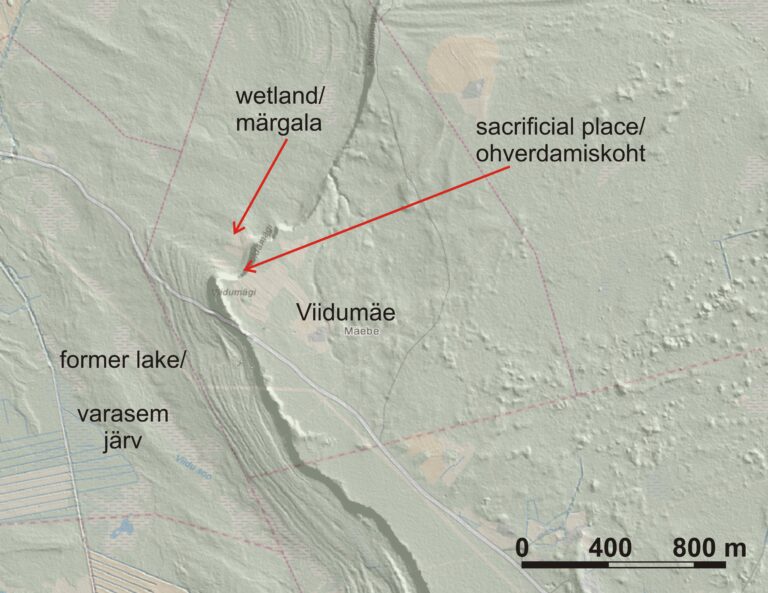 The sacrificial site at Viidumäe was found by illegal detectorists who managed to almost completely loot it before archaeologists were able to register it in 2014. At least, several dozen photos of artifacts sold to the black market were shared, and have been proven useful for interpreting the site. A number of artifacts were also found during archaeological excavations.

The shrine or sacrificial site of Viidumäe with its high cliff that in its time encircled a small body of water is naturally a remarkable and beautiful place. On the other side of the cliff, there used to be a big lake that was connected to the sea. Arable lands in the vicinity were rare, but at a distance of 4-5 km began fertile lands with plenty of archaeological sites. Not far from the sacrificial site, especially on the higher lakeshore, there are many stone cairns, part of them presumably graves. 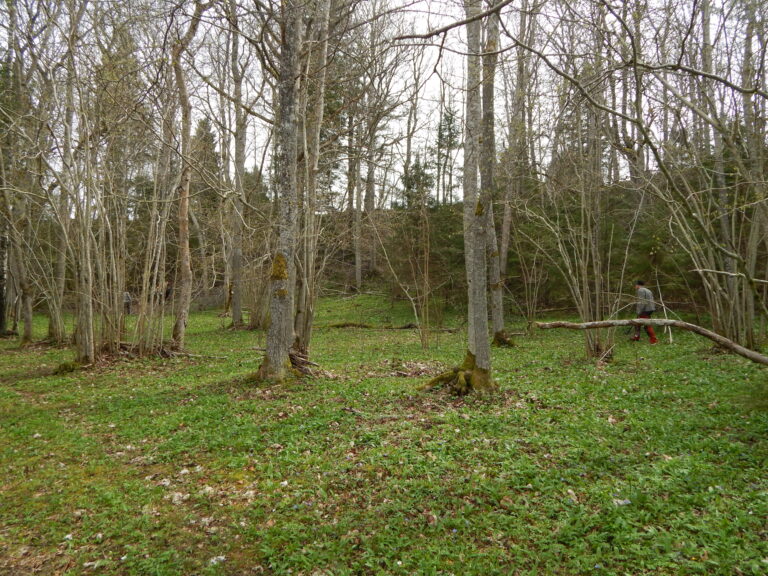 Most of the finds at Viidumäe were unearthed from the steep slope or from the foot of the cliff, from quite a big area (0.8-1.2 ha). Five small excavations were made in different locations at the Viidumäe site in 2014-2016 (Marika Mägi, Indrek Jets, Riina Riiel-Mürk). Unusually many arrowheads were found, most of them from areas at the foot of the cliff. Dress pins and other jewelry, some of these made of silver, had been stuck into the sandy layer covering the slope of the cliff. Some fragments of ornaments and weapons (spearheads, angons, one-bladed swords) were found in the area where once was the aforementioned small body of water. Most of these finds are dated to the 6th-9th century, but from the peripheral parts of the site, some 12th-14th-century artifacts also came to light. 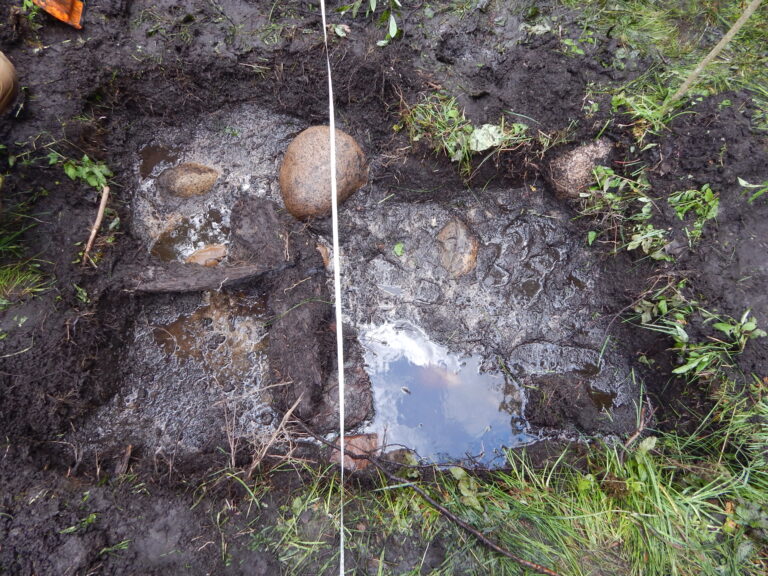 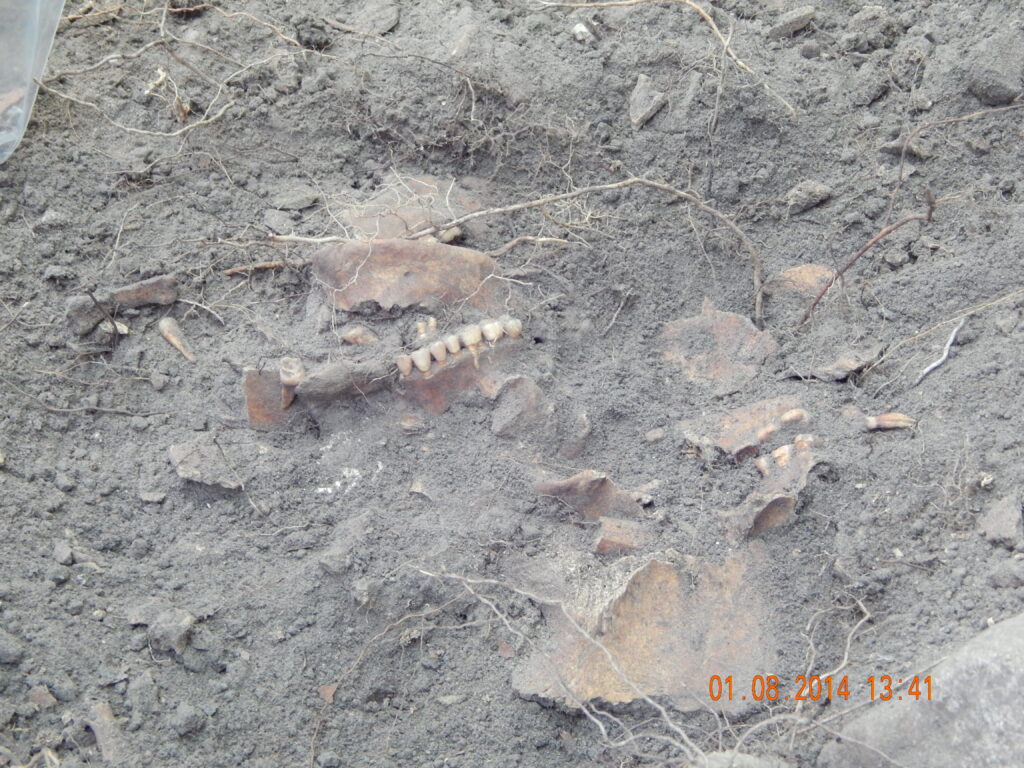 At a particular area near the cliff-foot, a collection of inhumated but totally intermingled human bone fragments were found in a low hollow once dug into the ground. Single human bones were sporadically found also elsewhere in the same area. Close to the bones, there was recorded a semi-circular man-made stone platform at the foot of the cliff.

The 2 x 1 m hollow filled with fragmented human bones was accidentally discovered due to an iron nail and two arrowheads. As indicated by gnaw marks of wild animals, the bones had been laying on the ground for some period, before they had been collected to the hollow. The bones were analysed by Raili Allmäe and Maris Niinesalu (Niinesalu 2020).

The fragmentary bones belonged to at least 13 different individuals, including males, females, and children (4-10 years old). Even six of the individuals had marks of violence on their bones. Some of them were clearly executed, for example by beheading. 14C analyses taken from six different individuals showed that they died between the second half of the 7th century and the end of the 8th century, or in the 9th century.

In the wet area, remains of a burnt-down wooden platform or construction upon the body of water were discovered. 14C analysis from the wood indicated two periods: the 5th and 6th centuries, and the 14th century. Around this construction, numerous pre-Viking Age weapons were found, that had probably been thrown into shallow water as offerings. 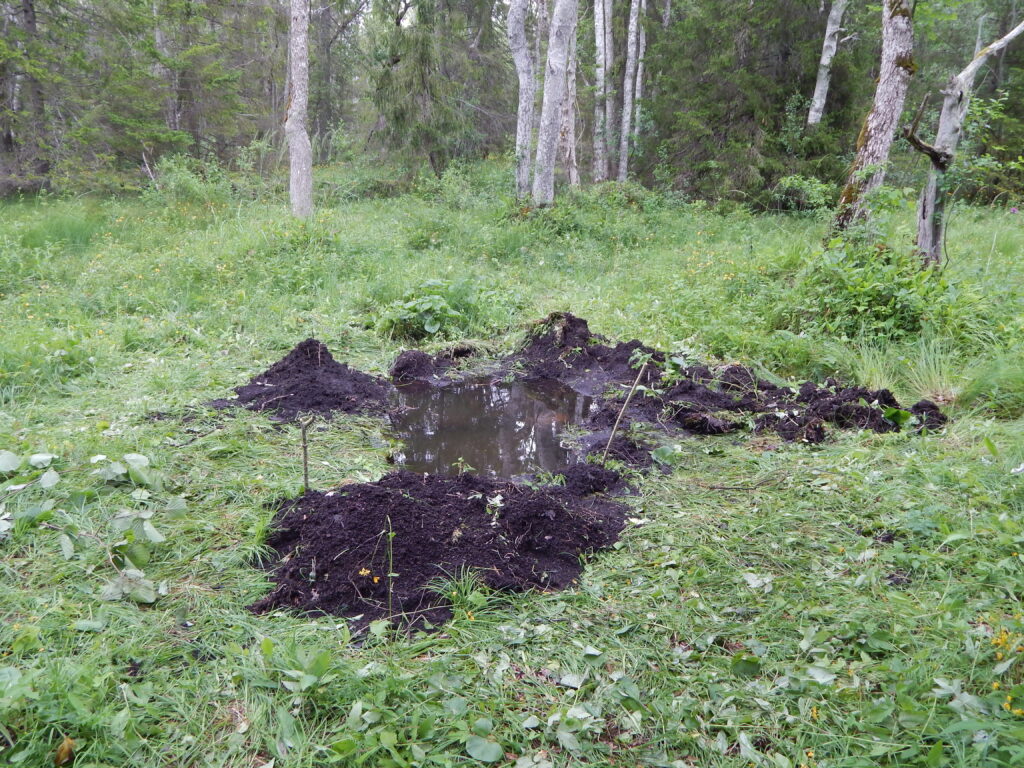 The location of the site, the conspicuous shape of the cliff, and the clearly sacrificed artifacts insist that the site was a shrine and/or a sacrificial place. Violently killed people whose remains had been left on the ground and collected together only later, presumably indicating the custom of human sacrifice. Stories of one-time big offering places in Saaremaa, where among others humans were sacrificed, are also known from the local folklore.

THE BODY OF RESEARCH OF VIIDUMÄE