The first C14 results of Valjala hillfort are here! Though quite surprising, they are quite telling together with the rest of the found artifacts.

The analysis of the results of the 1960s excavations led by Aita Kustin illustrated firmly that the 12th-century buildings inside the hillfort are older than the proximate wall surrounding these. Therefore, this wall must have been raised around 1200 AD or most likely in the later years of the 13th century. Nevertheless, there must have been some sort of less capital wall earlier as well. The same could be said for the outer wall, which was excavated in the summer of 2021. This 3-meter wide wall was most probably built during the first half of the 13th century.

Hopefully, the excavations ahead in the summer of 2022 can give us some clarity on whether the Valjala hillfort with its two high circling walls existed in 1227 when it was described by the Livonian chronicler Henry, or these massive stone walls were built after 1227. The latter option would have been seen as unrealistic beforehand, but new research has illustrated that several other hillforts of Estonians were also expanded and fortified after the infamous Crusades. As is seen from the documents and parchments, the crusaders and missionaries had very loose power over the local elite of Saaremaa and it seems even more likely that they might have had the interest to expand their hillforts as well.

Another surprising C14 result came from the piece of coal that was discovered under the outer wall and was dated to the 7th century. Additionally, the excavations at the building which is located a few meters away from the hillfort revealed abundant amounts of ceramic pieces from different periods. The building was in use from the 5th to 6th century, but also in the 12th to 13th century. It is uncertain whether it was also in use between these two periods.

The research on Valjala hillfort will continue this summer with the ground-penetrating radar and new archaeological excavations. 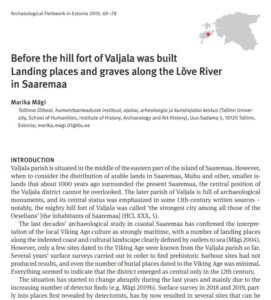 Mägi, M. (2020). Before the hill fort of Valjala was built. Landing places and graves along the Lõve River in Saaremaa. Arheoloogilised välitööd Eestis = Archeological fieldwork in Estonia, 2019, 69−78. 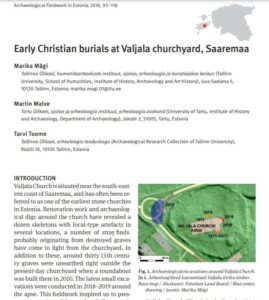 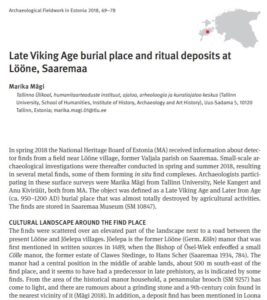 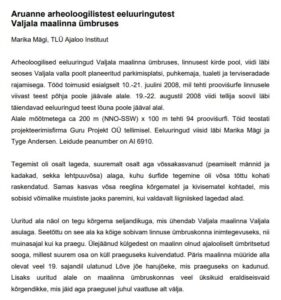 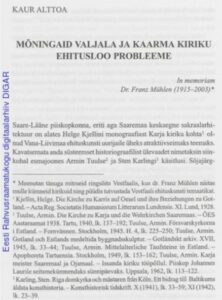 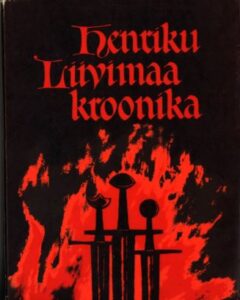 Read the chronicle (in Latin and Estonian): here.